Ah….the Jordan, many rivers are more beautiful, countless are longer, wider, deeper, and cleaner, but no other river evokes such affection, serenity or peace, especially in the hearts of God’s people, as the Jordan River, one of 26 rivers in Israel. The Jordan is mentioned 175 times in the Old Testament and about 15 times in the New Testament. It is used as a boundary, a metaphor, a direction, an instrument of healing and a visible illustration of God’s power.

For Jews the river is significant because the tribes of Israel, under the leadership of Joshua, crossed over it into the promised land. Christians deem the river the third holiest site in the Holy Land, just after the Nativity Grotto in Bethlehem and Golgotha in Jerusalem. For believers, its significance resides primarily in the fact that it is the river in which Jesus was Baptized, not to mention it waters the land He ministered in and walked through.

The Jordan originates in the north near the Lebanon border, approximately 600 feet above sea level, fed by the snowpack on Mount Hermon. Flowing southward and rushing down a continuous inclined plane, the river ends at the Dead Sea, 1400 feet below sea level. Along that descending, winding way it feeds two lakes, the Hula and the Kinneret (Sea of Galilee), and travels 156 serpentine miles. The Jordan’s Hebrew name, “Yarden” which means “descender,” perfectly captures the river’s 2000+ foot plunge down the Jordan Rift Valley to the lowest place on earth.

The Jordan River has three major upper sources, all of which rise at the foot of Mount Hermon. The Hasbani, which rises in Lebanon, the Banias which flows from Syria, and the Dan River, whose waters are considered especially fresh. If you are fortunate enough to hike through the Tel Dan National Park, you will cross over and wade through the crystal waters of the Dan River several times as it makes its way to join the confluence of the Jordan River.

The lower Jordan, after it leaves the Sea of Galilee, is fed by two major tributaries from the east, plus several wadis and aquifers before it empties into the Dead Sea. The Yarmouk River enters the Jordan a few miles above the capital of the Roman Decapolis, Bet She’an, which is situated in the Jezreel Valley near Gideon’s Spring. The Jabok River enters the Jordan at Adam where God actually stopped the river to allow Joshua and the Israelites to cross into the promised land downstream at Jericho.

A wadi is a natural storm drain, when it rains in Jerusalem or other “high places,” the area wadis fill with floodwaters and rush to the lowest point. Most wadis empty into the Dead Sea, but occasionally the Jordan reaps an influx from this source. The most famous wadi to deposit it’s runoff into the Jordan, is Wadi Qelt, also known as “The Valley Of The Shadow Of Death” from David’s Psalm 23.

In the middle 1800s, a US naval expedition was dispatched to explore the Jordan River. They described the river at that time as 30 meters wide with a series of 5 meter high waterfalls separated by rushing rapids, 27 that were said to “wholly interrupt river travel and others that rendered navigation difficult.”   Today, there are places you could simply step from one side to the other….the result of water wars, (FYI: July 14th, an article in the Israeli Times announced Israel, Palestinians reach landmark water deal for West Bank, Gaza) agricultural and population needs and a middle east that bickers over everything, including water!

Bible Accounts Of The River

God has dried up the Jordan’s water near Jericho at least twice for His purposes. Joshua Chapter 3 tells us that God stopped the river’s flow for Joshua and the Israelites to enter the promised land across from Jericho. At the same place, we find that Elijah, prior to his whirlwind ascent to heaven and transferring his prophecy mantle to Elisha, used his cloak to strike the Jordan River [2 Kings 2] so the two could cross over on dry land….apparently Elisha used the same cloak whack to cross back over, so this part of the Jordan has seen a lot of action. Given a place of such Godly significance and work, is it any wonder that John the Baptist chose this same site to begin his God ordained work? That Jesus would come to this place and have His cousin baptize Him?

In antiquity, the river was a significant barrier to travel, with no bridges and only certain places accessible for crossing. Today it is still a barrier, the boundary between the Hashemite Kingdom of Jordan and the Nation of Israel. But it is a physical barrier only to nations, not to God. He transformed individuals and nations by this river, and He can transform you. Join us on our next tour, be baptized in its waters and find your peaceful easy feeling on the banks of the Jordan River.

2 thoughts on “The Jordan River…. That Peaceful, Easy Feeling” 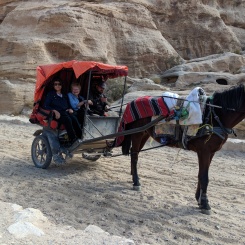 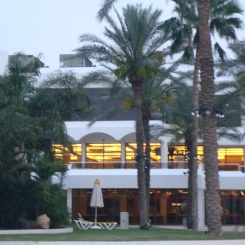 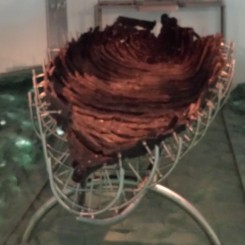 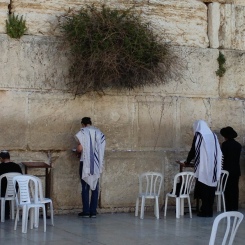 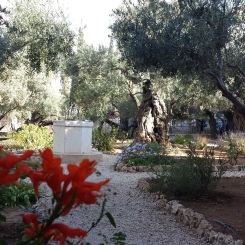 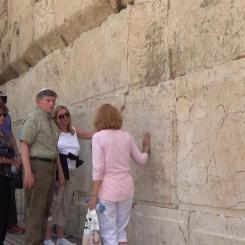 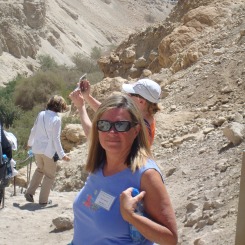 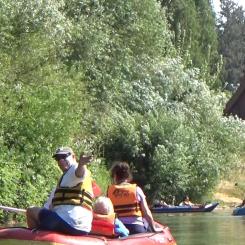 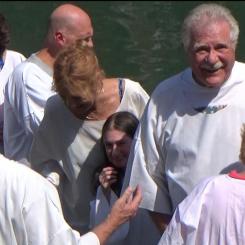 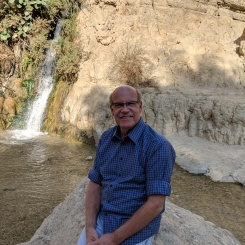 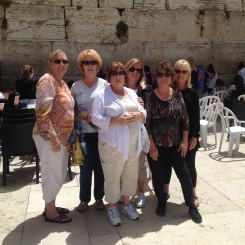